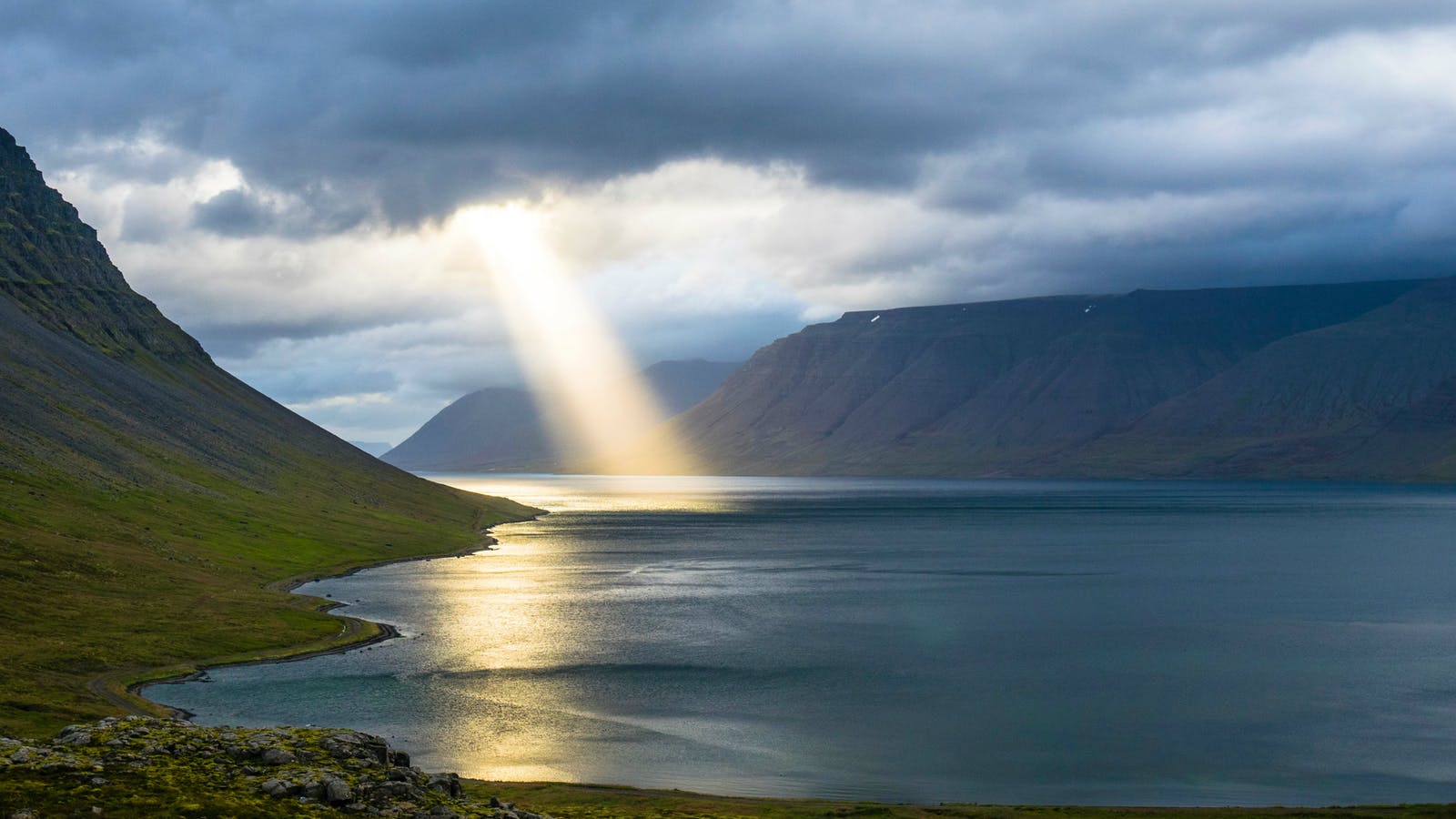 Nadar the Arabic word for grace refers to the favorable glance bestowed by a superior upon an inferior, Grace is the beginning   of the process of “Jiwanmukta” (the liberated one).  In Sikhism the God with grace is expressed by the terms like Nadar, Maher, Kripa and Karma (God’s work) and so on. Divine grace is a concept central to the Sikh religious tradition which affirms its faith in  a transcendental being responsive to human prayer and  appeals  to forgiveness and mercy.  God bestows his favour upon man but it does not mean that man should not be good or put in any effort to be good.

Therefore, according to Sikhism grace has to be achieved by man, but it depends on God to whom He should give. Guru Granth says, “He sees all, but gives only to whomever He wants” (SGGS, p.25).[1] In spite of that God is visualized as the most merciful and compassionate One.  In Sikhism great emphasis is laid on grace (Guruprsad), which helps the Sikh to realize Nam or enlightenment. (SGGS, p.351)[2]

Nadar is the  basic  and  the  primal  factor  in promoting  the  human  self  (Jivatman) to Devotion.  Shri Guru Arjun Dev ji says, “Whomsoever thou favourest  0  Lord  him Thou  putest  in the  path  of Devotion” (SGGS, p.8H).[3] So that makes us very clear that through God`s grace alone a seeker reaches to his goal of emancipation. This emphasis is being said in many places in the Guru Granth. For example, “Through divine grace is union with God attained, let no one linger in the doubt about this” (SGGS, p. 936).[4]

Why God shows mercy or grace is a matter of mystery. Though  His  sovereign will (Raza)  and grace  (Nadar) is freely  and openly  bestowed,  yet  not upon  all those who seeks Him. Let us also note that the best fruit of Grace that one gets is also mentioned in Guru Granth. That is, “Says Nanak, that Lord alone is the Husband of all. She, upon whom He casts His Glance of Grace, becomes the happy soul-bride (SGGS, p. 351).[5] Thus, to summarize this concept in the wordings of Guru Granth is, “It is grace that brings the man with bliss: “O Nanak, the Merciful Lord, by His Grace, uplifts and exalts them” (SGGS, p.8).[6]

Let us be clear that though the Sikh grace is closely associated with the philosophy of Hindu Karma yet it is very different from Hindu Philosophy. In Hindu philosophy Karma is the counterpart   of the law of cause and effect in the moral domain. Hence there shall be no need for man to crave for God’s grace. But  according  to the teachings  of Guru Nanak  in Japji,  he contrasts  Karma with  grace  by saying,   “The  body  takes  its  birth  because  of Karma,  but salvation  is attained  through  grace (SGGS. p.2).[7] Further, Guru Granth says that, “It is through the Lord’s grace that one serves the Guru. It is that one’s mind is held and becomes pure (SGGS, p. 558).[8] Thus, the basic belief is that grace fills a person with Bliss.

Thus, this helps us to draw to at least four conclusions they are—first Grace is available, second that grace is at the discretion of God, third this grace enlightens a person and finally fourth that this grace becomes the channel of union with God and ultimately makes a person His beloved known as His Bride. Consequently redeems a person from the Samsara Chakara that is cycle of re-birth.

Now, Keeping the above view in mind a question arises as to how to achieve Nadar or the grace of God? Interestingly, the answer is aptly given in the Holy Bible. The Bible gives a clear call to all those who seek God or who wants to get rid of Samsara Chakara and wants to become Jivanmukata. It says, “For God so loved the world, that he gave Satguru Jesus Christ, that “whosoever” believeth on him should not perish, but have eternal life” (Bible, John 3:19). Now, this grace is available “to all” though let us not forget that it is again at the discretion of God.

God, who is merciful and full of compassion, calls everyone to receive this grace but at the same time some have decided not to accept his proposal. This is why Jesus Christ said, “For what shall it profit a man, if he shall gain the whole world, and lose his own soul? Or what shall a man give in exchange for his soul?” (Bible, Mark 8:36-37). That’s how grace becomes decretive for Him. Hence, this fulfills the second criteria to achieve Salvation set by Guru Granth.

To add what is being said, the Bible is very clear that this grace cannot be achieved by an act of a good karma or by devotion or by any means that pleases God. The Bible says that, “All of us have become like one who is unclean, and all our righteous acts are like filthy rags; we all shrivel up like a leaf, and like the wind our sins sweep us away” (Bible, Isaiah 64:6). Moreover, a remarkable verse in relation to Karma in Bible is that, “For it is by grace you have been saved, through faith—and this is not from yourselves, it is the gift of God -not by works, so that no one can boast” (Bible, Ephesians 2:8-9). What a joy, one does not need to depend on his or her Works that is Karmas.

In addition to that, as it has been envisioned by Guru Granth that grace enlightens a person, the Bible goes on saying that, “Those who look to him are radiant; their faces are never covered with shame” (Bible, Psalm 34:5). The Bible makes is more clear that, “…with you is the fountain of life; in your light do we see light” (Bible, Psalm 36:9). The Bible further says, “Then you shall see and be radiant; your heart shall thrill and exult” (Bible, Isaiah 60:5). Therefore, a Sikh could clearly see fulfillment of third criterion about Grace of the Guru Grantha.

Having seen this, it helps us to see more explicitly about how grace is the channel of union with God. The Bible says that in Satguru Jesus Christ one finds full of grace and truth. He was the very incarnation of grace and truth. That is why Bible says that, “For in him all the fullness of God was pleased to dwell” (Bible, Colossians 1:16). Therefore, the Bible further says that, “For from his fullness we have all received, grace upon grace” (Bible, John 1:16). That’s how when a seeker, a Bakhta receives grace, he does not receive it just once but a person keeps getting it that too freely as we have already seen above.

In addition to that, Guru Granth further says that a seeker who receives this Grace from the most compassionate and merciful God becomes His bride. This is true in term of prophetical vision of the Guru Granth. After a long separation in the love-game of lover (Lord) and beloved (Bride), the meeting of both is always considered as the climax. The Bible clearly says that, at the end of this love-play the most compassionate and merciful God said like this, “Come, I will show you the bride, the wife” (Bible, Rev 21:9).

Thus, one can draw to conclusion that, whatever has been contemplated by Guru Granth, has already been fulfilled completely in Satguru Jesus Christ. Hence, having Him as the Satguru of one’s life makes a person to liberate them from the cycle of re-birth that is Samsara chakra. Therefore, it is very apt to quote the words of Guru Nanak when he said that: “Listen, listen to our advice, O my mind, it is the right action that will last; and there may not be another chance” (SGGS, 154).[9] And according to this conclusion, the right action is that a person should accept Jesus Christ as his Satguru as there may not be another chance.